Reaching for a diet pop to quench your thirst? Your heart might be a reason to rethink that choice 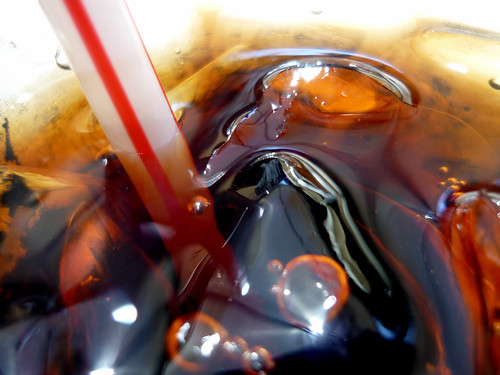 Could regular consumption of diet soda lead to heart problems for postmenopausal women?

According to a recent study by Ankur Vyas, M.D., a cardiologist at the University of Iowa Hospitals and Clinics, the answer may be yes. The findings from this study were presented at the American College of Cardiology’s 63rd Annual Scientific Session this year.

This study included 59,614 women enrolled in the Women’s Health Initiative Observational Study and is the largest of its kind to assess the relationship between diet drinks and cardiac events, but does it show a causal relationship?

Dr. Vyas says the study only shows an association, so it cannot be said that diet drinks cause heart problems in women. However, should the findings cause you to rethink your drink?

The health risks of diet sodas have been a popular research topic for years. Previous studies have shown connections between diet drinks and metabolic syndrome, diabetes, high blood pressure and a higher body mass index. Also, research has shown regular and diet sodas pose a risk of decreased bone density in women at risk for osteoporosis. The results from this study are in line with previous findings.

On the other hand, there are some things to consider about this particular study. The average age of the participants was about 63 years old, which means they are already at an increased risk for heart disease. The data was self-reported, which means it is subject to bias such as selective memory and exaggeration. Also, the participants in the study who consumed the most diet drinks were most likely trying to make up for other unhealthy behaviors, such as smoking. Many of the women who consumed the most diet drinks reported being overweight, having diabetes, and/or having high blood pressure. Finally, the study has not yet been published or peer-reviewed.

Although the study appears to have limitations, the findings should still raise some eyebrows. It is important to understand the health implications of the foods and beverages we’re consuming. The words diet, low or free do not necessarily mean healthy. Diet beverages contain artificial sweeteners and are highly processed, which has been linked with weight gain and chronic conditions.

Whether you consume regular or diet sodas, my best advice is to do so in moderation. Limit yourself to 1-2 drinks per week versus 1-2 drinks per day. Also, you can purchase many soda varieties in smaller 7.5 ounce cans, which may be just enough to cure your craving for a sweetened, carbonated beverage.

ABOUT THE AUTHOR
Niccole LaDue

I'm on a mission to improve the lives of those around me as well as my own health and well-being. Wellness is a journey, not a destination and I hope that by sharing my experiences with you, I can help make your journey a little easier. I enjoy good food, good fun, and all things fitness.
See all of my posts