Science of Stress Shows Why Dieting Can Cause Weight Gain 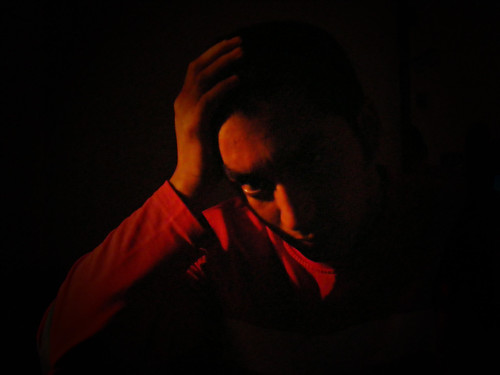 Weight gain can be caused by stress. I can assume that you are nodding your head in agreement as soon as you read those words. Yes, many Americans consider themselves under a large amount of stress. Weight gain often goes right along with that, which leaves many people wondering why.

My first assumption is that people are extremely busy, often finding that they become stressed due to the fact that there simply isn’t enough time in the day to focus on everything, including taking care of their good health by eating right and exercising daily. Those are two things that often take low priority when a schedule is completely full — which means that a vast amount of the population consume unhealthy meals because they are quick and convenient. It also means that daily physical activity is put on the back burner, or in some cases, left off the burner altogether.

But the experts now claim that weight gain caused by stress is actually related to hormones too. There is a hormone that the body produces under stress, basically like cortisol. And there’s a possible link between high levels of this cortisol and large amounts of abdominal fat.

According to one theory, dieting produces stress and can actually increase the cortisol levels. Many people have done this “stressful dieting” numerous times — me, for example — and unfortunately some of these people (women in particular) have seen a negative result from this repeated dieting. They acquire a body shape resembling an apple due to larger than normal waistlines, which just may have been created by these excessive levels of coritsol. The sad truth is that there are severe health risks that go right along with this abdomen fat, including an increased risk of developing heart disease and Type 2 diabetes.

Dr. Oz. focused on this exact same subject during one of his weekly segments of the Dr. Oz Show. He said the chemicals that stress releases from the brain find their way down to the adrenal glands, which can speed up the heart, which initially is OK. But these chemicals can actually change the way fat grows in the omentum, a fatty layer of tissue that hangs underneath the muscles in your stomach (think “beer gut”), because they secrete steroids that cause belly fat to grow larger.

The omentum fat is so close to your organs that it’s basically considered their best energy source. Fat released from the omentum rapidly and constantly travels to your liver, which then travels to the arteries, where it is linked to health risks like high LDL — the bad cholesterol. Also, the more omentum fat you have, the less adiponectin you produce, which is a stress- and inflammation-reducing chemical related to the hunger-controlling hormone leptin. (Whew! I hope that helps.)

On Jan. 22, 2001, when I made the decision to not diet, but simply live a healthy lifestyle, my daily diet stress went away for good! I didn’t feel as though I needed to follow a strict diet regimen — I made the stress-free decision to eat healthier. But the true key factor was walking daily. Walking truly does relieve stress; actually, almost all forms of physical activity are considered tremendous stress reducers.

I know that you are very busy, but please try your best to reduce your stress. I want you to work some form of physical activity into your daily routine. Again, walking during your lunch hour is a great idea. Walk it off — come on, release that stress! As soon as you make physiological changes to your omentum, your body starts seeing the effects.

Maybe you can even say “goodbye” to that spare tire … they belong with your vehicle, not your waistline!