Willpower and dieting:  those words seem to go hand-in-hand, especially when you’re endlessly focused on losing weight. When I was morbidly obese, I would often wonder why some people had all the willpower in the world and others (like myself) appeared to completely lack any. Eventually, I came to the conclusion that we all have the willpower within but it’s our choice to actually use it. 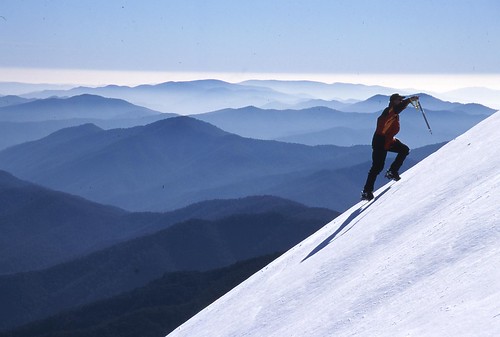 I always felt that I never had enough willpower when I first dieted at the age of 10, which marked the beginning of two and a half decades of my diet attempts.

Even in fifth grade I knew what I wanted — to lose weight — and I thought about it all the time. Morning, noon and night I would think about how much I just wanted to be thin like all my friends. Why, then, did I not have enough willpower to succeed? I wanted it more than anything else in the world; that should have made me full of the willpower I supposedly needed. But I could only follow a diet for a few days, or a couple weeks at the most. I could never understand why I eventually gave up on myself and went back to overeating.

Not only did I give up on myself when I was 10, but I continued this routine for 25 years. During my teens, twenties, and early thirties, I just couldn’t find the willpower that I needed to succeed, but why?

Soon there was more:  “You’ve always failed at diet attempts in the past, why would you succeed now? Once a failure, always a failure — that’s just who you are.”

I would give up on myself, end the diet and begin to overeat… again.

Where was the willpower that I so longed for? Why could other people find willpower, yet all I found was an inner voice telling me that I was, and always would be, a failure.

I realized that I had the willpower all along…but in order to use it I had to do something first. I had to stifle that inner voice that kept trying to convince me that I would always fail.

It took me a couple months — often times habits like these are very difficult to break — but I managed to stop listening to the negative inner voice that I’d been lead to believe for too many years, and began using my willpower instead!

I knew that I, just like any other person out there, had the ability to lose all my excess weight. First, no more diets — ever — but I would instead start focusing on making healthier choices, which would include brisk walking as my choice of daily exercise. Adopting a healthy lifestyle would take time and effort but the end result would be worth it. Secondly, no more giving up on myself, worrying about how long it would take to lose the weight. And most of all: no more listening to that negative inner voice!

You see, I already know — yes, I know — that you have the power inside you along with the will to live a long, healthy life. I’m here to help you reach in and find that willpower — it’s not hiding inside any longer.

Now it’s your choice to use it or not…  I believe that you will make the right decision.

Need some assistance? That’s why I’m here — remember that.