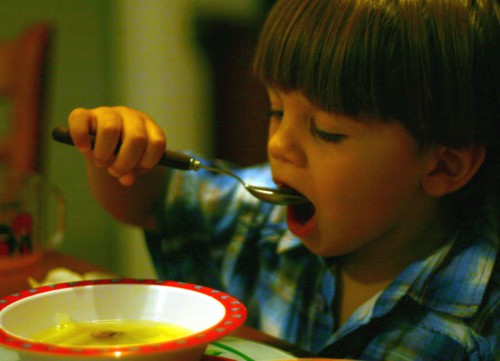 Because I was an overweight adolescent myself, I have a complete understanding of many of the consequences of carrying around excess weight. To be perfectly honest, most of these consequences were emotional issues that being labeled the “fat girl” caused me to deal with on a daily basis. Because of my weight, I would feel sad and hopeless. I was heavier than my peers and I’d be teased often, which led me to develop poor self-esteem, resulting in giving myself a label that I carried with me for years: a fat failure. But those are just some of the psychological consequences; I wasn’t even aware of the physical health consequences. Now I am.

I’m learning about new consequences of being an overweight child every time I search for one. It really bothers me that the list is continuously growing longer. But what is truly concerning is that when I was living with weight issues during my childhood, I didn’t know any of the physical health consequences. It’s more important than ever that we teach our kids — along with ourselves — what those consequences are before it’s too late.

I recently came across a very informative book titled “SuperSized Kids” and I’ll admit that some of the information truly scared me. Recent research has shown  that teenagers who are obese have an extremely increased risk of dying by the time they reach middle age and that they have a mortality rate 30 to 40 times higher than normal-weight teenagers. This is what really upset me the most: The average age of death for adults who were obese as teens was 46. Yes, only 46 years old. Is that what we want for our children? I don’t think so!

We don’t want to encounter the above issues ourselves, and surely the thought of our children having to deal with them (now or in the distant future) is enough to make us cringe. It’s time to really think about the consequences of being an overweight adolescent. We love our children and do everything we can to create a happy life for them. My parents did. Yet in this day and age, it’s also time to focus on a healthy life for them as well.

How to do that? It’s not difficult, but it does take some effort. Simple changes that can be done over time include:

Changing long-held habits in your family will take a little discipline, both on your part and your children’s, but keep in mind that your goal here is to make a lifelong impact on your child’s habits now to hopefully eliminate the physical and emotional consequences of obesity. They’ll appreciate it now and later in life. Take it from one who knows.