Study finds organics may be no more nutritious than conventionally grown foods. Should you care? 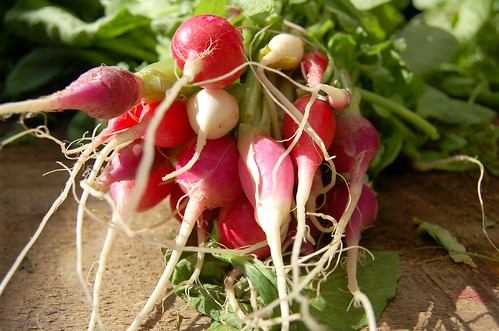 It’s no secret that organic food costs more than conventionally raised fruits, vegetables and meat — sometimes a lot more. So should it come as a shock that a new study from Stanford University finds that there may be no difference in nutritional value between organic and conventional food?

The study crunched data from 237 studies conducted over four decades that examined fruits, vegetables and meats. It found that “The published literature lacks strong evidence that organic foods are significantly more nutritious than conventional foods. Consumption of organic foods may reduce exposure to pesticide residues and antibiotic-resistant bacteria.”

Its release earlier this month made a big splash, with some news outlets suggesting the findings may make consumers think twice about spending extra money on organics, and others noting that most conventional foods were within the allowable limits for pesticide residues. The New York Times wrote that “The conclusions will almost certainly fuel the debate over whether organic foods are a smart choice for healthier living or a marketing tool that gulls people into overpaying.”

But hold on here.

The study doesn’t conclude definitively that organics are no more nutritious than conventional foods, only that the evidence is lacking. It did, in fact, find that organic milk contained higher levels of heart-healthy omega-3 fatty acids and that organic food had more phosphorous and phenols, thought to help prevent cancer. Researchers also said organic meat contained much lower levels of antibiotic-resistant bacteria, possibly a result of the widespread use of antibiotics on factory farms.

As the website Good writes, “The review was inconclusive. That’s why it made headlines — because it didn’t say conclusively that organic vegetables are more nutritious. (Again: it didn’t say that they weren’t more nutritious; it said that it wasn’t made clear in the particular group of studies reviewed.)”

Whatever the study’s other faults, it seems to miss a key point about why people buy organic food.

For me, the relative nutritional value of the food I buy plays a pretty minor role in why I choose or at least consider buying organic. It’s more about what’s not in the food. I buy organic because I don’t want to ingest chemicals I can’t pronounce that may give me cancer or other health problems (on this point, the study is silent, although it does concede organics contained far fewer chemical residues), or kill beneficial insects, or deplete the soil of beneficial organisms and nutrients. Or run off as pollution into lakes and streams.

For those things, yes, I am willing to pay a little bit more money.