Losing Weight is Simple. Don’t Believe Me? You’re Not Alone 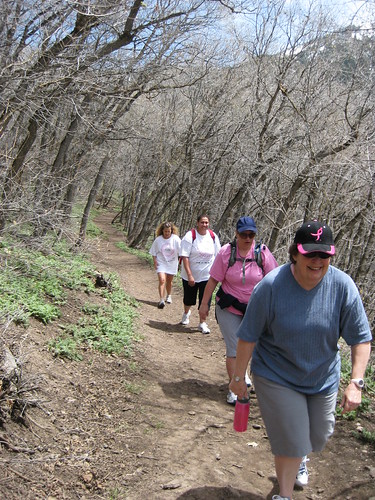 “There is no way that you lost all that weight just by walking, you must have done something else!”

If I had a dollar bill for each time I’ve heard that kind of disbelief over the years, my pockets would be overflowing with cash right now. (They aren’t, I can tell you that!) But what a comment like that does do is allow me to share my entire story of how I went from a morbidly obese, 300 pound woman to a size 6 without any form of surgery, diet pills, expensive equipment or gimmicky fad diets and hopefully convince them that they can do the same.

Why is it that so many people, even to this very day, feel as if I must have done something else? My daughter just informed me that she still has to explain to some classmates that “No, my mom did not have surgery or anything else done to lose her weight. She just ate healthier and walked every single day, that’s it.” She tells me they still look at her as if she’s lying.

My close friends told me the same thing years ago. They saw me on a weekly basis. They knew I didn’t have surgery and that I was walking daily. It took 16 months for me to reach my goal. They knew it. I knew it. They were very happy for me and to this day, they still are. But we live in a small town, and people knew who my friends were and were often asked, “How did Jodi really lose her weight? She had surgery, didn’t she?”

I was never there to hear the conversations that transpired, but my friends always made sure to set the record straight: “No, Jodi did not have anything done, no surgeries to lose her weight. She is eating better and she walks, every single day.” But many people doubted this statement and said I’d probably end up fat again.

I guess I can understand their mentality a little bit since I found stories like mine difficult to believe during my 25 years of being overweight. It’s maddening when you try so hard to shed those unwanted pounds and they never seem to come off the way you feel they should. And if the pounds do come off, it is close to impossible to keep them off. OK, so this upsets people, I get it. Which is probably why I hear these next words so much, and again wish I had a dollar bill for each time I am asked, “How in the world do you keep your weight off?”

This once more allows me to share the simplicity of my weight-loss accomplishment, which I love to do since many people feel as though successful weight loss must be complex and complicated. I love to set this record straight and allow people to realize that it really is pretty simple to lose weight, but you must give it time.

Believe it or not, I have actually been accused of lying when I share this. People actually act as though they are angry with me and have even pointed a finger at me as they tell me “There is no way that’s what you did!” Then they’ll tell me that I will gain the weight back eventually, it’s just a matter of time!

I don’t even want to remember the several people who actually wished for my failure! These individuals never confronted me, but I sure heard them, especially during the evening at my high school class reunion. That was the time when nobody knew at first who the woman in the spring-green dress was on the dance floor! (That’s another post for another day.)

Through the years I have learned to deal with the comments, accusations, put-downs, criticism and doubts that I’ve endured, and I wonder this: If these people put as much effort into taking care of their health and losing weight as they do judging others, they would be in the same shoes that I’m in today. Maybe they just haven’t taken time to put on those same (walking) shoes — yet. I’ll continue to wish that they do. I’m not here for any other reason …