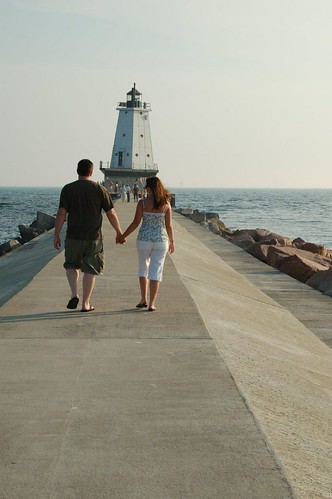 Summer hasn’t officially arrived yet but it sure does feel like it with the recent temperatures we’ve been dealing with.  Today it’s predicted to hit 88 degrees by mid-afternoon, meaning that as soon as you leave the office, a wave of heat is going to hit you in the face in full force.  The intense outdoor warmth will probably have the same effect on you as it does for many others, it will drop your energy level.

You’re probably tired enough after a long day at work and then you add all the extra items on your agenda for the summer months, such as backyard barbeques, family gatherings, weddings, graduation parties and reunions.  Sure, they are all extremely fun and we have longer days to enjoy them, but often these events zap every extra ounce of energy out of us.  What’s a person to do in order to bring that energy back up?

There is an answer, one that is pretty simple too!  It allows you to increase your energy level and it also allows you to burn off some of those extra calories that you’ll most likely be consuming at the above mention festivities. That answer is walking!  I’ve said it before but I only say it because I’ve experienced it first hand.  Walking burns those added summer-celebration calories and allows me to keep my energy level up, allowing me to feel happier than I ever thought I could.

I’m not the only one that feels that way.  In a recent study by Professor Robert Thayer found that the more people walk each day, the more energy they have. As an added bonus their mood improved too!   Yay!

“People seem to be interested in walking as a health benefit, but here, we’re seeing it is not just cardiovascular health and other kinds of physical health that are important, but psychological health as well. The more a person walks has a very real and immediate psychological effect that an individual can experience every day,” said Thayer.

Thayer, along with a group of student researchers, evaluated 37 individuals over a 20-day period, were each participant wore a pedometer from the moment that they got dressed in the morning until right before they went to bed.   At the end of each day, the participants completed several ratings of how they felt each day.  These ratings included:  self-esteem, happiness, mood, depression, tension and energy.  After making the self-ratings, they noted the number of steps taken that day per their pedometer readings.

“We found that there was a clear and strong relationship between the number of steps they took and their overall mood and energy level,” said Thayer “It really indicates that we’re talking about a wider phenomenon here than just walk more and feel more energy. We’re talking about walk more, be happier, have higher self-esteem, be more into your diet and the nutritiousness of your diet.”

I wasn’t included in the study, but the same is true for me.  Walking keeps my energy level up and I’m much happier than I ever was before I started walking every day (before January 2001).

This study by Thayer and the student researchers was one of four that have been performed over the last several years.   He states, “in this whole series of studies that we’ve done, the more you walk in a day, the more energy you experience.  That’s a little counter-intuitive because you would think that when you expend energy, you would not feel as energetic afterwards.”

It’s funny to read these words from Thayer as I’ve heard this from many people, but honestly … walking does work to increase your energy level big time!

I love that the professor pointed out that walking more is increasingly advocated by public health authorities as an excellent form of essential exercise.  Thayer says, “we’re really experiencing an epidemic of stress and depression during these current times. A huge portion of the population is experiencing these effects for a variety of reasons, and the more depressed they are, the less they want to exercise. It is important to get the word out and make people realize that if they get up and walk or exercise, they will feel better.”

I couldn’t have said it better myself!

Walking works wonders – it elevates your mood and your energy level.  With the entire summer ahead of us, it might me a good idea to start walking today and enjoy tomorrow a little bit more!