Weight Discrimination in the Workplace: Study Finds the Size of Your Paycheck Could be Tied to Your Body Size 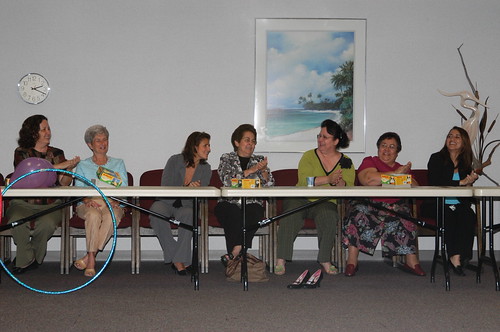 I just finished reading a piece someone shared with me on Twitter and it’s bringing back a few negative memories. It’s an article in Time  that examines obesity discrimination in the workplace. My very first reaction was “Duh. It’s been happening for decades.” Anyone who has been there would probably have the same first thought.

The article references a study where researchers gave participants some resumes with the applicants’ photos attached. There were actually two photos used for each applicant: one taken before weight-loss surgery and the other after. Not surprisingly, researchers discovered that those women who were obese experienced discrimination across all job-selection criteria, such as leadership probability, income level and of even being selected for the job position.

There is more. The people looking at these photos who were more confident with their own physical qualities responded moreso in a negative fashion to those who were overweight. Is this because fit people feel better about their own body shape and size in comparison with overweight people and secretly discriminate against them? I know what my answer is.

While most forms of discrimination are banned in the United States, weight bias has a more ambiguous history under the Americans With Disabilities Act. Here in Michigan, we are the only state where weight discrimination is specifically outlawed in the workplace. But did you know that in all other states, employers are allowed to deny an overweight applicant a job if they have a legitimate business reason? It’s true.

So I realize that while it’s technically banned here, weight discrimination still occurs.

I recall back in the ’80s when I was looking for my first full-time job. Even though I had all the qualities that this particular employer was looking for, they hired another woman because (as I was informed later) she was thin and fit; I wasn’t hired because I was overweight. She quit this job after a few weeks because, well, she wanted to dance instead. They were desperate to fill the position so they contacted me and offered me the job. I accepted and excelled at my job for five years, which completely surprised them all. They had assumed that I was lazy and wouldn’t care about job performance due to my appearance.

It’s not only women who suffer from weight discrimination. Jon Stanton wrote a post a couple years ago explaining that it took him close to a year to find a job as a teenager. His friends were getting hired at some of the places where he applied, but he wasn’t. Sadly, his boss later confided in him that the reason he wasn’t hired right away was that the other workers were afraid he would be lazy and get in the way. Unfortunately, that’s how the majority of our society feels about overweight individuals as we’ve heard it time and time again.

Jon’s employers have always been happy with his work and productivity; he’s an amazing employee. I feel the same about myself. When employers finally gave me a chance to demonstrate my work skills during my obese years, they were impressed with the results. This often surprised my coworkers, who assumed that an obese person couldn’t do a good job. In fact, I would hear them talk and snicker about me behind my back. I was never offered any leadership positions. An increase in salary was not even discussed. The only thing I remember is being teased about my immense size by my supervisor and coworkers even though I exceeded all expectations in my department.

It’s no wonder that so many obese employees simply give up and quit trying so hard. Their efforts often go unnoticed and unappreciated. Sometimes even depression sets in. Sadly, many turn to food for comfort. The situation then worsens.

Weight discrimination isn’t fair, but it does happen. All we can do is hope that it ends. Do you think there is a way to end obesity discrimination in the workplace? I’d love to hear your comments.