Blame Genetics for Your Obesity? Research Suggests it’s Time to Get Moving 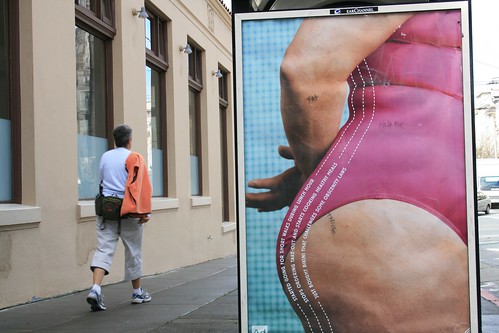 Have you ever heard anyone say that the reason they are overweight is because they were born with the obesity gene?

OK, I’ll admit it… I said it often during my years of obesity. It was common for me to express to others that I was overweight because I took after my dad’s sister, Ruth, who was morbidly obese. My parents were both in great physical shape and I couldn’t point the finger at them for my size, so I searched for someone in our family who was overweight. My aunt was the only relative who was, thus I blamed her for my weight issue. It was about the only way I could blame something other than my love for unhealthy food or my lack of daily exercise for my weight. It was much easier to blame it all on my DNA instead.

I bring this up today because I was reading the latest issue of “Health“ magazine and there was a small article headlined, “Slim Down Your Genes” which immediately caught my attention. I found it a bit amusing since for all those years I blamed my obesity on my aunt, the woman who told me we were “in this together” and that I should just accept that I would be fat — just like her — forever. But it also allowed me to learn something that I want to share with you.

The article states that you are not destined to be overweight just because obesity may run in your family. Now I want to ask you this: What do you suppose is the key to overriding the gene that is linked to obesity? The answer: physical activity, which includes daily walking.

A new study reports that physical activity actually weakens the effect of the obesity gene. OK, now that’s pretty cool! If you feel that you have been born with the “obesity gene,” all you have to do is partake in some form of daily exercise and that will allow you to keep your weight down.

Another study showed that when some people learn that they have a high risk of obesity due to genetics, they will exercise less and eat unhealthy foods because they feel they have no hope. Please, please, PLEASE tell me that you don’t know anyone who has allowed this to happen. There is hope and it comes in the form of movement!

If you take nothing else from today’s post, please remember this: Daily exercise or movement — including walking — can help you keep your weight down even if you feel you carry the obesity gene.

Try to incorporate some form of movement into your day, with a goal of 30 minutes per day at least five days per week. Ride a bicycle to work, take the stairs instead of the elevator, enjoy a little dancing, take your dog for a stroll… the list is endless, but just make sure to focus on moving more to weaken the effect of the gene linked to obesity.

It works, I’m living proof! I lost 162 pounds because I incorporated movement into my daily routine and ignored those words that I was going to be fat forever. I stopped allowing any obesity-linked gene to keep me in my size 24 jeans — enough was enough.

Done & Never Again is how I explain my DNA now. How about you?