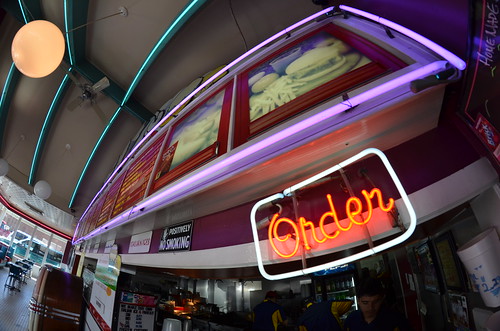 My son was focused on the news Monday evening and informed me that I should watch the television with him for a couple minutes; he knew that I would want to hear the latest numbers regarding overweight Americans.

It wasn’t good news. Now I realize that many people here in the United States are dealing with weight issues: Overweight and obese Americans combined make up more than 60 percent of the population. But it still surprised me to hear that the Gallup poll found that just one in seven American workers are considered “normal weight” and do not have a chronic health problem.

Think about that… one in seven! Obviously we can all do the math — this means that six in seven people have a chronic health problem! The chronic conditions include having had a heart attack, high blood pressure, high cholesterol, cancer, diabetes, asthma, depression or recurring physical pain in the neck, back, knee or legs.

Wow. That’s the only word that came to mind when I listened to the findings.

Oh, but there is more. Americans miss approximately 450 million days of work each year because of these health problems. The Gallup poll stated that the sick days from this overweight population could be costing the economy more than $153 billion per year in lost productivity.

Finding The Will — and Time

It’s sad. I wish that I could find a solution. Well, actually I have found one… and it has been the perfect solution for me.

I was once one of those six in seven Americans who did have a chronic health problem. Headaches were a daily issue for me, often causing me to miss work for days. When you are morbidly obese, pain just comes with the territory. Oh, and I was exhausted all the time, too. The list of issues that I encountered on a weekly basis could go on and on. Then in January 2001, I decided to make a change.

The change was my perfect solution, and I already know — yes, I know — that my solution could work for millions of Americans too. But it’s the desire to change that must come first.

Secondly, Americans must become creative when it comes to time. Why time? Because there never seems to be enough of it in a day, so a high percentage of the population resorts to consuming vast amounts of fast unhealthy food on daily basis because they’re busy. Americans know that these aren’t the best decisions in order to stay healthy and fit, but they think there is no other choice. Their time is very limited, they have to eat, so they eat what is quick and (here’s another factor to consider) affordable. Yes, I suppose you could say the food is “cheap.”

So not only do Americans make unhealthy food choices due to time and money, but they also allow time to stop them from exercising daily. Many claim that there never seems to be enough time in a day, and so they drop physical activity from their daily agenda.

Years ago people just weren’t as busy. Today, each hour of the day is consumed with busy work and we’re seeing the overweight population continue to rise. Hmmmm… there’s something to that.

So what was my perfect solution? I had the desire to make a change and I was creative with my time. I found 22 minutes per day to walk, every single day no matter what (walking during lunchtime works great!). I made affordable, healthy changes to my daily food consumption and I successfully shed 162 pounds. My daily headaches ended, the body aches and pains are gone and I’m not exhausted any longer; actually, I am full of energy!

I’m proud to know that I’m among the one in seven Americans who do not have a chronic health problem today — who once was included in the six in seven who do. Now my problem is convincing others to try it my way… at least attempt to.