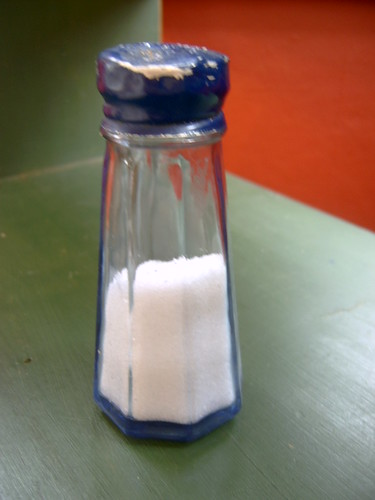 You already know that consuming too much salt combined with an inactive lifestyle leads to heart disease. According to a report in USA Today, a new research study found that a high-salt diet combined with low activity can also be bad for baby boomers’ brain health.

“These findings are important because they help people know they can be proactive in retaining healthy brains as they age,” says Carol Greenwood, one of the study’s lead researchers and a professor at the Baycrest Center for Geriatric Care at the University of Toronto. “Baby Boomers especially need to know that sitting on the couch watching television for long periods of time and eating salty snacks is not good for them.”

4 to 5 million adults in the USA have some form of dementia, and those numbers are expected to soar as baby boomers grow older.

The study also found that sedentary older adults whose sodium consumption was low showed no mental decline during the three-year study.

According to the Michigan Department of Community Health, 240,000 Michigan residents have dementia (defined by MDCH as an impairment in thinking abilities that persists long enough and is severe enough to interfere with daily functions).

Well, that’s not a group anyone would want to join. And, maybe one small way to avoid it is to reach for your exercise equipment instead of the salt shaker. Physical and mental exercise, combined with a low-sodium diet, might be the first step toward lowering dementia rates among Michigan’s seniors … starting with you.

What do you think? Please share your thoughts and even your favorite low-sodium recipe.