If my life were a series of books, the third will be the best yet! 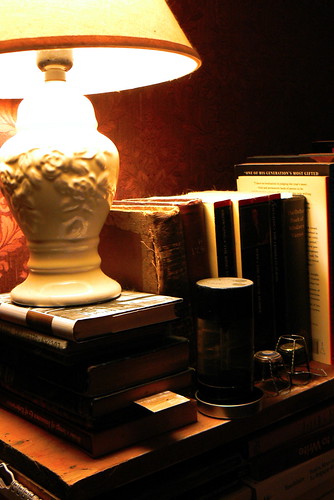 Starting a new book meant that I had to allow myself to turn the final page of the last chapter and put the old book on the shelf.  At 35 years old, I faced the fact that the previous three and half decades were now over; each page of my book – my life – had been slowly turned.  Each chapter had been read and eventually ended. Every chapter included information that I would keep with me for the remainder of my life.  That book was not a best seller by any means, but it was still mine.

My old book would take up an immense amount of space on my bookshelf.  But that was okay.  As massive as it was, there was still plenty of space left for a new book to sit alongside of it.  It was finally time, after 35 years, to get going on the next one. I couldn’t wait to start living the chapters of my second book.

I was done complaining about my excess weight, a subject of almost every single chapter of my first volume. The excuses and denial that filled my old book had ended.

Each chapter would share how I changed my ways and not just wishing that I could.  The first book was put on the shelf in January of 2001.  There were countless times when it would read it again without wanting to, causing me enormous amounts of stress.  During those times I realized that I was attempting to rewrite the chapters of that old book.

But I had to stop. I realized it was impossible to go back in time and rewrite the first book.  I needed to focus on the new book, the book that made much more sense.  This new outlook helped me put that old book back on the shelf and keep it there.

Sure, sometimes I dust if off and open it back up.  Over time, it’s been easier for me to understand that the knowledge I gained from living that previous book helped me compile the chapters in my successful, healthy second volume.

My second book is now complete.  I made lifetime changes like I wanted to and those changes have stuck.  Exercise and healthier eating habits were included in the first chapter and continued until the last page of that book.  The complaints, excuses and denial ended, just like I knew they would. One hundred and sixty-two pounds were lost and my life changed.  It was a really good book as far as I’m concerned!

Now that book must sit alongside the first and take its place on the bookshelf.  It’s time for me to work on volume number three.  I’m hoping this one will be even better than the second!  One thing is for sure… my past weight issues won’t be in any of the future chapters.   My focus on fun, freedom and fitness will fill the pages of this new book and I can’t wait to get started!

Are you ready for a brand new book about your life too?  I’m here to help you get started but the chapters are for you to determine!