Sibling bullying no longer viewed as benign and normal 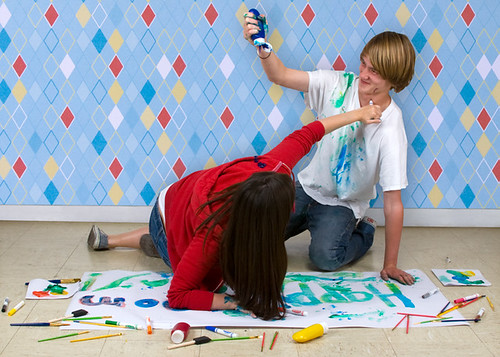 As reported on the Today Show, a recent study revealed that bullying and aggressive behavior by a sibling can be as damaging as bullying by a classmate, neighbor or other peers. The new study links sibling bullying increased depression, anxiety and anger among victimized kids and teens.

Over the last few years peer bullying has been increasingly recognized as problem and the focus of widespread preventive efforts at schools and communities across the country. Conversely, sibling bullying has historically been viewed as “benign and normal and even beneficial” for a child’s social development and ability “to learn to handle aggression in other relationships,” according to the study, in the July issue of the journal Pediatrics.

The study shows that sibling aggression is linked to poor mental health for the victim and similar to what you find for peer aggression. The study was conducted by Corinna Jenkins Tucker, an associate professor of family studies at the University of New Hampshire in Durham. Tucker analyzed data from The National Survey of Children’s Exposure to Violence, reviewing data of 3,600 kids 17 and under with at least one sibling living in the household. Kids were interviewed by phone about victimization in the past year. A parent or other adult caregiver answered on behalf of children under age 9. Types of aggression were assessed in addition to measures about mental health. The types included mild physical assault, severe physical assault, damage to property and psychological abuse.

If you are concerned about a child’s aggressive behavior or concerned about the victimization of a child you may value from seeking individual or family counseling. Individual therapy with the perpetrating child can help to teach emotional regulation, impulse control, and other techniques to reduce aggressive potential. For the victimized child individual therapy may help to improve esteem, replace negative self talk, and develop skills to adaptively manage these negative interactions. Family therapy may be useful to help the family uncover and replace contributors to these negative patterns and help parents to identify and encourage appropriate behavior.

Carrie Krawiec, LMFT is a licensed marriage and family therapist at Birmingham Maple Clinic in Troy, MI (www.birminghammaple.com) and executive director of Michigan Assocation for Marriage and Family Therapy (www.michiganfamilytherapy.org).