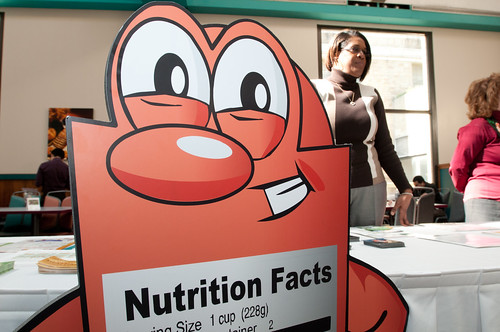 When you give blood, you’re well aware that there’s a chance that you could be helping save someone’s life.   Typically 1 in 3 people will need blood in their lifetime, which is why countless individuals take the time and effort to donate blood, helping supply the continuous demand.  That said, I can’t imagine what it feels like when you realize that because you made the decision to donate blood one random day, you might have just saved your own life.

A friend I’ll call Joe told me how he noticed he felt a little different one particular day.  He was pretty tired and felt like his head was in a cloud, making him feel as if he wasn’t able to focus like he normally does.  He was able to get through his work day just fine, he didn’t have any other issues with his body except his tiredness.  After his work day had ended, he heard about a local blood drive so Joe figured he would donate; Joe is a very good guy and loves to help others.

But Joe was not allowed to donate like he had before in the past.  When the technician was performing the “mini-physical” checking Joe’s pulse and blood pressure, it was immediately discovered that his blood pressure was not in the normal range; in fact, he was showing to be in the hypertensive crisis stage.

He was informed that he had to have medical attention immediately and Joe listened!   He soon learned that he could have had a stroke or a heart attack at any moment due to his incredibly high blood pressure.  Joe’s life could have severely changed or even ended that day.  Thank God it did not, but it was altered significantly.

The doctor told Joe the facts.  He needed to eat healthier and must become physically active on a daily basis.   If Joe didn’t make these changes, he probably would not make it through his 40’s.  Joe listened.

He realized how unhealthy he had been eating and made changes, especially in the food preparation department.   He started reading labels at the grocery store and avoided items that included unhealthy fats.   Lean meats, fresh vegetables and whole grains were his new focus;  fast food and sugary sodas are now avoided completely.

And Joe began a daily exercise regimen, telling himself that he had been given a second chance at life and he was going to take it; exercise was going to be part of his daily routine now.    He recently made the decision to join a local gym and has found many of his friends and coworkers are there as well.  He enjoys working out at the gym and he loves his new life!  Joe has already lost 66 pounds and said that he has never felt better!

Joe told me that when he was in third grade, he was overweight and larger than all of his friends.  He did have weight issues as the years progressed but he didn’t consider these issues to be “that bad.”  Now he realizes that they weren’t that good either.

Seeing the tears in Joe’s eyes when he said that it would have been selfish not to change his lifestyle allows to me understand how much he means that.  Joe claims that if didn’t make the necessary lifestyle changes then his wife would lose her husband and his two children would lose their dad.   “I couldn’t do that to them,” he said.

Congratulations on your 66 LB weight loss and new healthy lifestyle, Joe!  I have a feeling that you can donate blood successfully during your next attempt and will be more grateful than ever before for the chance to do so.