Is your weight-loss goal too big for you to achieve? 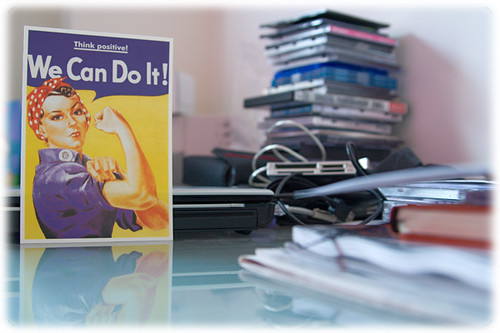 We made it to another year, giving us a fresh 52 weeks to achieve many of the goals we’ve recently set.  Some goals may be ones that have been attempted in the past; others have been recently conjured up.  No matter what these goals are they mean something to you or you wouldn’t have made the decision to challenge yourself.  Successfully reaching your goal can be done when you set your mind to it.  I know because I’ve done it.

My story isn’t unusual.   It starts way back in fifth grade, when I was only 10 years old.  That was when I realized that I was larger in size than most of my classmates; I was basically referred to as the fat girl in school.   The fat girl title was not one that I enjoyed, but none-the-less it was the one assigned to me by a few of the boys at my school and I allowed that title to stick.  It must have been applied by an extremely strong-bonding glue because I couldn’t get rid of that title for  25 years.  In fact, the word “very” adhered itself to the beginning of the fat girl title  in my teens and kept a strong hold until I hit my mid-thirties.

During those twenty-five years of being labeled as fat I had one goal: to lose weight.

I can’t stress to you how much I wanted that to come true.  The goal to get rid of all my excess pounds and be a normal-sized person was always – and I mean always my New Year’s Resolution each January 1st.  It was also the wish I made on every birthday cake, each first star seen in the evening sky and on countless coins tossed into those so called good-luck water fountains that I’d gratefully come across.  Oh how I wanted to achieve just that one goal of mine to lose weight.   Yet for some reason,  I never could do it.

Now I look back and I understand why.

I didn’t go about trying to accomplish my goal the right way.  Wishing, hoping and wanting to achieve my goal did not harm me but it also did not create any success.  My customary method to lose weight wasn’t broken down into simple and attainable segments; all I could think of was this one goal of mine and simply wanting it to be achieved.

My goal often became too much for me.   Realizing that I had more than one-hundred fifty pounds to lose frequently overwhelmed my thoughts.   I already knew that any diet that had the ability to melt off those-kinds-of-pounds would have to last for years, but this girl was just not willing to do that.

So, that frequently made yet well-intended goal that meant so much to me ended in, “No way, just forget it.  I’m fat, morbidly obese, whatever.  God made me this way and I’m going to have to accept it.  It’s who you are, Jodi, live with it.”

Here is the part of my story that I don’t necessarily like; in all actuality you could call it emotionally painful.  But as sad as it makes me, it also allows me to be with you today, alive and well.

A devoted mom and truly amazing woman in her early 40’s had to die before I understood that I could successfully reach my goal to lose weight, all 162 extra pounds of excess fat that I was carrying around on my body.   Not only did I know how to do it, I knew I needed to.  So, where did I begin?  Well, that’s a story for my next post.