Can eating more chocolate help you win a Nobel Prize? 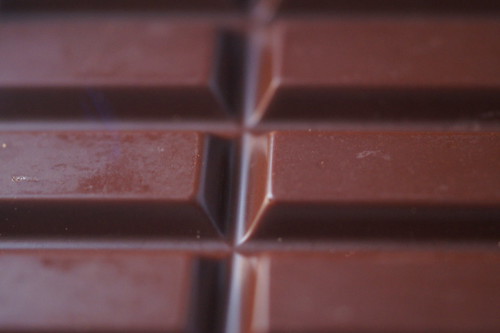 Chocolate lovers, you don’t need to feel guilty about consuming a few ounces of this decadent treat anymore!  I actually suggest that enjoy a piece of chocolate every single day.  You may be delighted to learn that you could possibly be improving your thinking ability… so much that you’re more likely to win a Nobel Prize!  Sound unbelievable?  A study suggests that it just might be true!

Researchers found a astonishingly strong association between chocolate consumption per person and the amount of Nobel prize winners in certain countries.  It seems as though the higher a country’s chocolate consumption, the more Nobel prize winners it creates!  Studies have shown a link between eating chocolate and improved cognitive function, which may have something to do with a group of antioxidants known as flavonoids.  Cocoa and chocolate are rich in a subgroup of  these, called flavanols, which can improve thinking ability.  Flavanols have also been shown to slow down, and even reverse the decline in thinking ability that often comes with aging.  Some past research has also revealed that these  can actually improve blood flow to the brain which helps improve the brains performance.

Franz H. Messerli, M.D., the author of a study, set out to see if chocolate consumption could hypothetically not only make individuals smarter, but have the same effect on whole populations.   Messerli was surprised with the results, just as the other researchers were. Since there was no data on overall national intellect available, researchers say they used the total number of Nobel prize winners per country as an indicator of superior brain power.  They factored in the annual chocolate consumption and the results showed a “surprisingly powerful correlation” between the amount of chocolate each country ate and the number of Nobel Prize recipients that it produced.

The more chocolate a nation ate, the more Nobel Prizes it had to show for it.

“Switzerland was the top performer in terms of both the number of Nobel laureates and chocolate consumption,” writes Messerli.  The Swiss eat 120 3-ounce bars on average per year, followed by Sweden and Denmark. Messerli admitted the whole idea is absurd, although the facts are legitimate and he believes that chocolate indeed provides genuine health benefits.

Messerli estimates that it would take a little less than a pound of chocolate per person per year to increase the number of this prestigious prize in any given country.

The researchers say more studies are needed to prove whether the flavonoids in chocolate were the true underlying cause behind this link between chocolate and superior brain power, but I still say “go right ahead and enjoy a piece of chocolate!”   Even if you aren’t striving to win any Nobel Prize, there are still several health benefits  that a daily 2 oz. piece of dark chocolate provides.

It really is too bad that chocolate has been known to have a bad reputation; in fact, I’ll be the first to tell you that several years ago I believed many “chocolate myths.”  The myths that chocolate causes acne, high cholesterol and creates weight gain are just a few of them.  I know better now, which leaves me to wonder if it’s because I enjoy a bite on occasion?

With Halloween right around the corner, I’m not going to feel a bit guilty as I hand out these small pieces of brain enhancing treats to the youngsters!  Hey, you never know, I could be contributing to the next Nobel Prize winner.

Can you say “trick-or-treat?”