Eating disorders on the rise in children 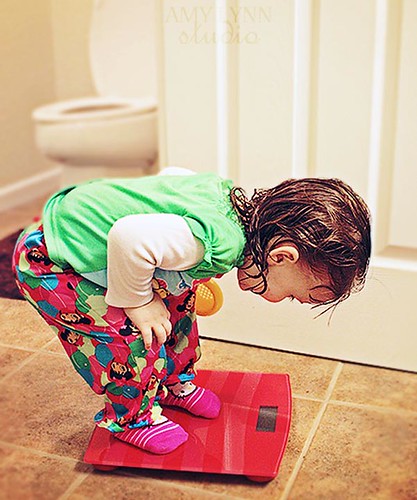 Information remains to be prevalent about eating disorders in adults and, on the flip side, the obesity epidemic in America.  However, slipping slightly under the radar is the increasingly high percentage of childhood eating disorders.  The focus has remained consistent on the need (which is valid) to counteract obesity in children and adults; nevertheless, a spotlight is needed on children who have become obsessed with the opposite end of the spectrum.

According to a study performed by the National Eating Disorders Association, it has been found that 42% of 1st to 3rd grade girls want to be thinner.  Additionally, 80% of all 10 year olds are afraid of being fat.  We are seeing an enormous insurgence of hospitalizations of children under 12 due to eating disorders.  Eating disorders, in general, have the highest mortality rate of any mental health disease in America.

As in any societal problem, there isn’t just one cause and there isn’t just one solution.  Eating disorders are complicated in general; however, when you add children into the mix, the issue not only becomes much more convoluted, but also more sensitive.  Some reasons that children are falling into eating disorders could be bullying at school, abuse, and divorce.  In addition, children with personality traits that include perfectionism, high anxiety, and obsessive-compulsive tendencies are at a far higher risk.  Restricting food intake creates a way, albeit unhealthy, for these children to feel in control of their lives.  In fact, such a high emphasis on obesity in our society has seemed to correlate with a high anxiety in kids to prevent weight gain.

The signs of eating disorders in children are not always universally apparent, but there are a few key characteristics to watch for.  Children who are suffering from or at risk of developing serious eating disorders might be cutting their portion sizes or avoiding fat calories.  They may also stop eating foods that were previously their favorites.  Children suffering from eating disorders will also experience symptoms similar to malnutrition, like low energy, low iron counts, and hair loss.  Getting help at a young age is the key to effective treatment of eating disorders.  In fact, it’s imperative for children to receive treatment before they hit puberty so as to allow the child to feel comfortable with the natural weight gain that occurs from puberty.

So what can we do?  The biggest influencers on children’s behavior are their parents and the mainstream media.  Restricting a child’s intake and exposure to media and certain shows only does so much in preventing the negative image message.

However, parents can be, and should be, the driving force behind transforming healthy kids into healthy adults.  Children pick up the majority of their thought processes about diet, weight, and image from the dialogue they hear from their parents and guardians.  For example, parents need to curb the talk about their diets and emphasizing being “bad” with what they have eaten that day.  We need to open up the healthy lifestyle dialogue and welcome questions and concerns from children in order to promote education and prevention.

What healthy lifestyle choices does your family promote?