Ways to give your metabolism a boost and burn more calories per day! 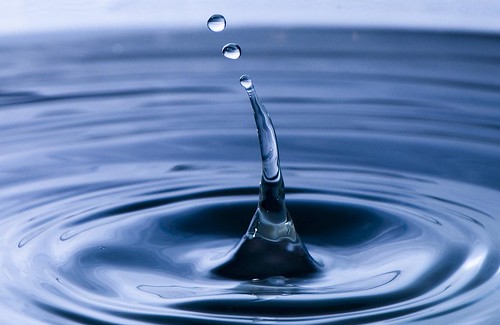 Have you found yourself asking, “How can I boost my metabolism?”

The short answer is every person is different.  Some people are simply born with a speedy metabolism.  Genetics play a large role in an individuals metabolism along with  gender, height and your body’s levels of the hormones leptin and thyroxin.

Men tend to burn more calories than women because they generally have more muscle mass than women do, so they automatically burn more calories even when they’re sitting idle (not fair, I know!).  A man’s metabolism can be as much as ten percent higher than that of a woman, meaning most men can eat a little more without gaining weight. But for most humans, both male and female, metabolism slows steadily after age 40.

I have take the time to compile a list of different ways to boost your metabolism which I personally feel are very doable:

Avoid severely restrictive and/or low calorie crash diets:   These diets are dreadful for anyone hoping to boost their metabolism. These “under 1,000 calorie a day” diets may decrease your muscle mass much of the weight you will lose comes from muscle.  And lower your muscle mass, the more it SLOWS your metabolism.  Your will most likely burn fewer calories and you could actually gain weight faster… not what you desire at all!

Exercise during the morning hours:   Exercising in the morning has the benefit of increasing your metabolism almost immediately, which can last for hours!   This early activity can also help to relieve joint and muscle stiffness.   When you participate in physical activity during the early hours of the day it will lower your stress levels and it has shown to improve the potential of burning fat!

Build some muscle:   Even when we are doing absolutely nothing, our bodies burn calories. You can increase the “resting metabolic rate” in which your body burns these calories if you have more muscle!  Understand that each single pound of muscle uses about six calories a day just to sustain itself, while each pound of fat burns only two calories daily.   That may be only four calories difference but it will add up over time.  Another note: muscles are activated within your entire body after a session of resistance training which will increase your average daily metabolic rate.

Intensify your aerobic workout:  Granted, aerobic exercise may not build big muscles in your body, but it can speed up your metabolism in the time after a workout.  Push yourself a little more because high-intensity exercise delivers a larger and lengthier increase in resting metabolic rate than lower or very moderate intense workouts do.  In order to receive these awesome benefits, attempt a more intense aerobic or exercise class; another suggestion is to try to include small bursts of jogging during your regular walk … I think you’ll find this very enjoyable!

Drink your water  Stay hydrated! Drink your water because your body needs water to process calories. Even if you are even mildly dehydrated, your metabolism may slow down.  In one study,  adults who drank eight or more glasses of water a day burned more calories than those who drank four.  To figure out how much water you should drink daily, take your weight and simply divide it in half.   That number is the number of ounces of water you should drink per day unless you are a big-time athlete.  If you are, you should drink about two-thirds of their body weight in ounces per day.

Snack healthy daily:  Eating more often really can help you lose weight.  When you eat large meals with many hours in between, your metabolism slows down between meals.  But if you have a  snack every 3 to 4 hours it will keep your metabolism moving, so you burn more calories over the course of a day.

Add a touch of spice to your meals:  It’s true that spicy foods contain chemical compounds that can kick the metabolism into a higher gear so if you want to boost your metabolic rate, eat a tablespoon of chopped red or green chili pepper!   The effect is likely temporary, but if you eat spicy foods often, the benefits may add up. You can spice up all kinds of dishes such as soups, stews, chili, meatloaf and more with red-pepper flakes.

Have you decided which one or more of the above you’ll select to boost your metabolism?