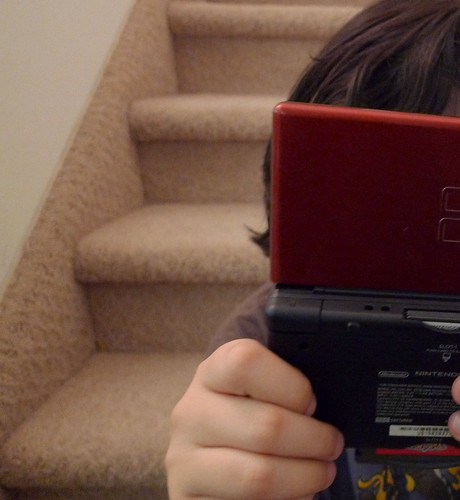 Middle school can be characterized by many (even as adults) as particularly nightmarish. It was especially difficult for my son as he was overweight. Not obese, but definitely overweight. He’s always been quite tall, but he’s never been really athletic. He’s an artist, a writer and composer, a reader and musician. Sports were never his forte despite my encouraging his participation in t-ball, baseball, basketball, karate, snowboarding and skateboarding throughout the years.

His weight made him a target for bullies. I felt terrible for him, that he was being stigmatized due to his weight. I tried to encourage him to exercise, even buying a gym membership for us both, but the depression that grew from the teasing didn’t inspire him to want to lose weight – instead, it just made him want to hide in his room. Are there other parents out there that can relate to this?

A recent poll reveals that the lack of exercise is the top health concern adults have for children. This lack of exercise contributes directly to childhood obesity, which is reaching epidemic proportions in our country. In fact, it’s such an issue that September has been designated as National Childhood Obesity month.

Aside from the mental and emotional challenges overweight and obese children face, there are a host of immediate and long-term health issues including:

Watching my child endure teasing was tough, but I knew his being overweight was tied to his utter disinterest in exercising. It got to the point where I had to INSIST that he get some form of physical activity on the reg. Four years later, I’m happy to report that his weight issues have vastly improved.

While he swears he’s blocked out all memories of the eighth grade, I know that he secretly draws from the wounds of old. He now bike rides or goes for walks every day, watches his daily calorie intake, reads nutritional labels and shies away from soda. Over the last year, he’s been able to lose 14 pounds just by following those steps above.

Hopefully, as he continues on his journey, he won’t have to experience any of the other emotional or physical health risks associated with being overweight. I’m continuously looking for ways to promote his desire to exercise.