Have you made mistakes along your weight loss journey? I consider them my best teachers 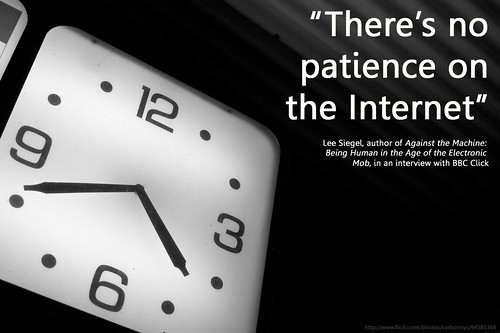 Mistakes happen, especially along the weight loss journey.  We all encounter them, and if you look at them as learning tools, they’ll actually help you.  How do I know?  Because I made many of them and I learned from my mistakes.

For instance, for years I had absolutely no patience.  I was unwilling to accept that losing my excess weight was going to take time.  Who wants to look at their calendar and admit that the weight you want to lose today is just not possible?  It’s difficult to face reality and understand that the upcoming year is most likely what you’ll need instead.

Another mistake I made was finding random excuses about why I couldn’t lose weight.  I’d conjure up an excuse up and if it sounded good to me, I’d use it.   My excuses included everything from A-Z;  I even tried figuring out if I had any overweight relatives, no matter how distant they were, to establish a my belief that my fat gene must have been inherited.

Once I learned that excuses are really reasons that we give for failure, I quit making them.  Once I stopped creating those excuses and accepted the truth, I started losing weight. I was morbidly obese and it wasn’t because of any crazy excuse.   It happened because I consumed too much food and I didn’t dedicate time each day to exercise.

For me, avoiding exercise was just as simple as making excuses.   I didn’t want to hear about it, participate in it or even consider the thought of doing it.  If you were exercising, it meant that you were an athlete, and I knew I was not an athlete.   Athletes are not morbidly obese.  I was three hundred pounds.  This was a mistake that I made for two and half decades of my life, decades that I can’t bring back.   I’m so grateful that I finally got over that crazy belief and realized that brisk walking is considered an exercise, a simple and fun one.  Walking was the key to my weight loss success and has allowed the weight to remain off for over ten years.  I love daily walking; yes, I LOVE TO EXERCISE!

One habit that I know started when I was just in grade school was unknowingly putting hand to mouth, to eat from a bowl, bag or box in front of the television.   I never cared about what I was eating as long as I was munching on something while watching my favorite shows.  That was a mistake that added on the pounds.

I also assumed that there really weren’t many calories in a small portion of a unhealthy food item, just as long as I didn’t eat the entire package of the stuff.  I realized how quickly the calories can add up if you do this all day long like I was.   For instance:

I learned quickly that in order to lose weight I had to change my mindless eating habit. Since I knew I could not completely end it , I like to eat while watching television, so I just make a bag of low-fat microwave popcorn and eat that instead.   When it comes to eating small portions, I learned to enjoy only ONE taste of any of the above items because  “One bite tastes the same as twenty.”

One of my biggest mistakes was never believing that I would ever see the day when I was thin and happy.  All the years of dieting failure allowed a little voice inside me to constantly remind me that I would never actually succeed at losing weight.  I would announce to the world that I was going to do it, but in my heart I never believed it – I just thought I would fail again.   I feel this is one of the biggest hurdles I had to overcome to allow for my success.  Only when I realized that I was just like any other person who had ever lost weight, that I had the ability just like they did, then I finally came to terms that I could LOSE WEIGHT TOO!    You have to truly believe you can do it first.   We’ve heard it before but it’s really worth repeating, believe and you will achieve.

I hope this is your first step toward a thinner and healthier you!