Are you making one of these diet mistakes? 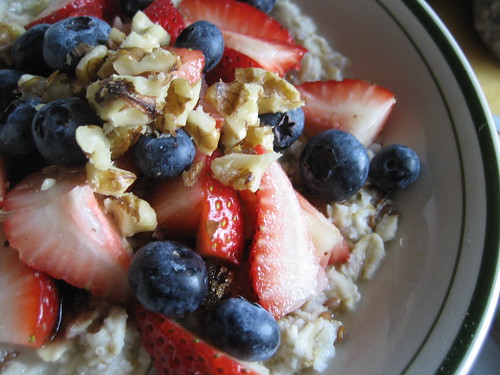 Have you ever become frustrated with any or all of your diet attempts, often left wondering why you just can’t seem to lose weight?   At three hundred pounds, I was extremely frustrated and I often felt as if the entire world was against me.  I was overweight at age the age of ten, slowly becoming an obese teenager and then, before I knew it, I was a morbidly obese adult.

I never wanted to accept that I had been actually making some mistakes during my twenty-five years of dieting.  I felt I knew it all, that I had been doing everything right but for some odd reason, it was never enough.  Fat defined me.  Then I realized the mistakes that I had been making and corrected them, which allowed me to shed 162 pounds and keep it off.

For most of those 25 years, I had been skipping breakfast because it was my way of punishing myself.  I kept telling myself that I didn’t need any food each morning because I assumed that it was what allowed me to become overweight in the first place.  What I didn’t realize was that this was a big mistake.  I personally feel that this habit contributed to my obesity because I consumed much more food later in the day since I was “starving” by then.

Now I know that eating a healthy breakfast actually increases my metabolism and I can burn calories more efficiently throughout my day.  Skipping breakfast daily was allowing my body to go into starvation mode, slowing down my metabolism.

Ignoring all nutritional information for any food item, especially when at a fast food restaurant, was another mistake I made for years.  I didn’t just ignore this information, I made sure to avoid it no matter what.  If there was any printed nutritional information for me to view, such as a paper tray cover, I’d turn it over so I didn’t have to face the facts.  I corrected this by reading the information, especially the calorie content of each item.  Staying under 350 calories at each meal was my goal.  Easy to do IF you know the numbers.

Whenever I attempted another diet (always on a Monday) and then went overboard on a meal, I figured that it was perfectly okay to overeat for the rest of the week since I already flopped on my weekly diet attempt.  I knew I wasn’t going to have any diet success this particular week so I might as well enjoy eating, do it up!  By Sunday evening I was eating absolutely everything I wanted since I knew Monday was going to mark the beginning of a brand new diet.

I corrected this by never dieting again.  Instead, I started living healthier and stopped allowing a mistake or two to derail my new lifestyle.  Nobody is perfect, and the goal wasn’t so much to lose weight as it was to have a healthier body.

A mistake I made since the age of ten was assuming that I was just born to be fat.  I thought some people are born to be thin, but I was one of those that were not.  I convinced myself that I had a large frame and my body was supposed to match that frame.   I did everything I could to allow myself to believe that big is beautiful, ignoring all the information I saw that was telling me about the health risks for being obese.

I pretended that all that “stuff” was meant for the older generations, people who just sat around at home and didn’t move all day long.  Once I attended Shirley’s funeral I changed my way of thinking.  She wasn’t old, she was only in her early 40’s, and she didn’t sit at home all day either.  She died due to heart-related issues caused by her obesity.   She wasn’t born to be overweight, her unhealthy habits allowed it to happen.

The same applied to me.   Soon I realized that big was not how I wanted to be, no matter how beautiful I claimed “big” was.  Without my life, I could never experience any beauty… big or not.  I changed the way I thought about things.

I hope I have given you some things to ponder …  it’s what I wish for you to do.  And remember, I believe in you!