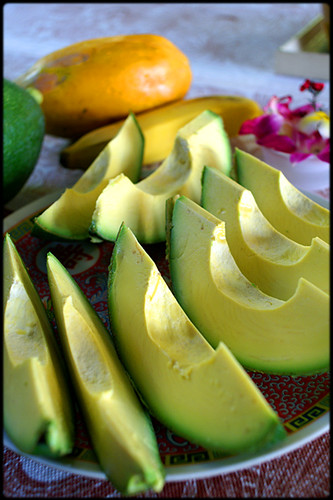 Yes, organic food typically is more expensive than conventionally grown fare, so it’s not always possible for many of us to buy all-organic, all the time. Fortunately, you don’t have to.

The Environmental Working Group has released its 2012 Shoppers Guide to Pesticides in Produce, more commonly known as the Dirty Dozen list. It also lists its Clean Fifteen, the conventionally grown fruit and vegetables least likely to test positive for pesticide residue.

So if you’re looking to save a few bucks, here are the 15 fruits and vegetables with the lowest pesticide content:

The Clean Fifteen aren’t entirely pesticide-free, as EWG explains in its methodology, though it says that “multiple pesticide residues are extremely rare” on these vegetables.

As usual, fruits like apples, peaches, strawberries and domestic blueberries ranked among the highest in pesticide residues, while vegetables like celery, spinach, cucumbers, potatoes and green beans made the list as well. Find the Dirty Dozen list here, see the full list in descending order, or download a PDF version for your wallet.

In the end, it’s up to you to determine how you want to eat or which foods you only want to eat organic. It’s worth noting that the Environmental Protection Agency lists some pesticides as carcinogenic in high doses but still permits their use at low levels.

Also worth noting: The U.S. Department of Agriculture says it’s developing a new comparison report that would compare the cost per serving of organic and conventionally grown produce but hasn’t said when it will be released.