Is sitting more deadly than smoking? 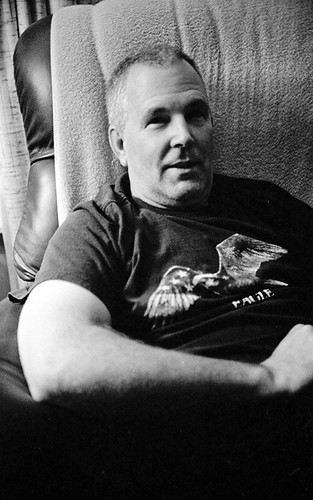 Want to know the secret to living longer?

It isn’t found in a special pill, it isn’t obtained by starving on the newest diet, and you certainly don’t need to exhaust yourself with exercises.  The trick is simply to stand up.

I love a good sit as much as the next person, but recent research has me thinking twice about how much couch time I should be enjoying each day.  A study published in the Archives of Internal Medicine found that the average adult spends nearly 90% of their leisure timing sitting.

Whether it is in front the television, amongst friends, at the movies or a sporting event, it seems as though sitting rules our lives.  Even at work, many find themselves sitting behind a computer or placed firmly on a chair behind a desk.  How many hours do you sit each day?  If the answer totals 11 hours (or greater) after including driving time, sitting at work for 8 hours, driving home, relaxing in front of the television, etc. then you are 40% more likely to die in the next three years when compared to someone who sits less.  Do not feel alone if you find that you sit for the majority of your day!  The study found that roughly 25% of adults sit for greater than 8 hours.

Interestingly, the study headed by Dr. Van Der Ploeg found that physical activity, health status and weight were all independent from these findings.  That is, there was no confounding relationship between these extra factors and increased death rate.  This suggests that the single easiest way to prevent health problems resulting in death is to stand up!

Harvard Medical School researcher Dr. I-Min Lee analyzed deaths worldwide to determine how much sitting impacts health.  His team concluded that a sedentary lifestyle contributed to 6% of all coronary heart disease cases, 7% of Type 2 diabetes cases, and 10% of breast and colon cancer cases.  These numbers total to roughly 5.3 million deaths resulting from sitting.  To put this into perspective, smoking is linked to roughly 5 million deaths worldwide – meaning inactivity is more deadly than the United States’ declared public enemy number one.

Why is sitting so hazardous to our health?

Sitting causes several problems according to Mayo Clinic professor Dr. James Levine.  He explains that blood sugar, blood cholesterol, and triglyceride levels are all worsened when we sit.  This has the potential to cause health problems and disease from diabetes to heart disease.  He also includes that these levels can be improved simply by getting out of the chair.