Eliminate these vices and kick start your weight loss 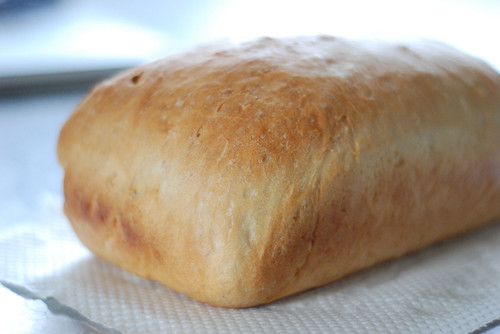 Did you know that letting go of just one of your food or beverage vices can make a huge difference in your struggle to lose weight?

It’s true! There was one food vice that I gave up in January 2001 and have not consumed that particular item since.  I’ll admit that it wasn’t easy at first, but it was something that I made up my mind to do so I did it.  I realize it wasn’t the key factor in my 162-lb. weight loss, but it sure helped, since giving up this item has allowed me to be in control and stay in control for eleven, going on twelve wonderful years!

Soda is loaded with calories, approximately 140 calories per one 12 oz. can.  An entire 2 liter (64 oz.) bottle contains 800 calories!   I remember back in the 70’s when  pop (soda) was considered a “treat” like ice cream or a candy bar, but in today’s world many see pop as the equivalent of a glass of water, drinking two, three or more glasses a day.  I’ve known many individuals who have given up sugary soda (pop) and have lost several pounds by giving up this vice! Is that awesome or what?!

Letting go of your favorite sweets could save you at least three hundred calories a day.  That’s because the simple carbs in candy digest quickly, leading to a spike-and-crash in your energy level, which makes you eat more.

Alcohol is simply a different form of sugar, which means it contains several calories.  Pure alcohol contains about 7 calories per gram, which makes it nearly twice as fattening as carbohydrates or protein per gram and only just under the caloric value for fat.  And then there are the mixed drinks, where even more calories are added, for example: one 9-oz. Margarita contains 408 calories and one 12-oz. Pina Colada contains 586 calories!  And also remember that studies have found that alcohol consumption causes your blood sugar to drop in your sleep, which means you’ll wake up very hungry.

If you eat a bagel for breakfast, pizza for lunch and have a roll during dinner, all of that bread could easily add up to a thousand calories!  Plus the experts say a slice of white bread is essentially sugar and who needs that?  Many people found that they lost weight when they stopped eating bread because they consequently consumed less butter, deli meat and mayo.

Cheese is one of the highest calorie foods we eat.  A piece the size of a pair of dice has two hundred calories – and unfortunately cheese is almost all fat, which won’t give us that full feeling.  Foods high in fiber, water and protein foods gives our brains the full signal and causes us to stop eating.

A single serving is about 3 to 4 ounces (about the size of a deck of cards) and contains approximately two hundred calories!  Not only that, but the saturated fats found in the burger can increase your risk of a heart attack within 24 hours!  Instead, say yes to a larger serving of lean white meat or fish.  The omega-3 fats, unlike the saturated kind, will make you feel full.  Plus, when you give up burgers, you won’t find yourself eating as many French fries either, since the two seem to go hand in hand!

What vice food will you be giving up?  I am certain you can do it once you make your mind up to do so.