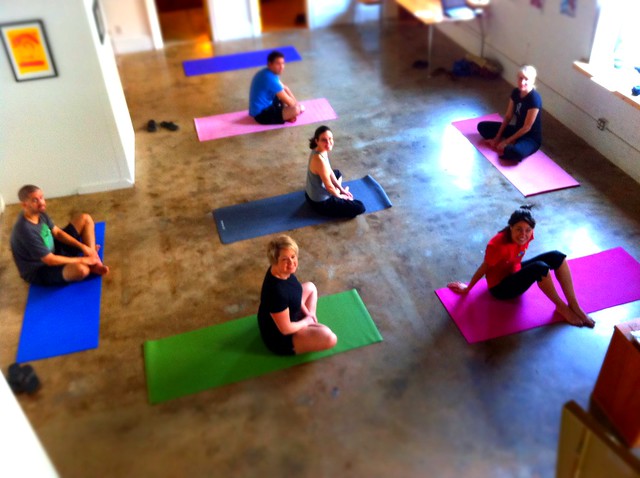 No one can deny that this summer is turning out to be a hot one. In fact, in the entire record-keeping history of the United States, these last 12 months have been the warmest ever recorded. Ever since the season began, I’ve been feeling like the only way I can stand the heat is by swimming or going out on the boat.

During these hot summer months, it can be difficult to find the motivation to exercise and focus on health – the heat induces feelings of sluggishness and nothing seems more appealing than sitting inside an air conditioned house. But have you ever thought about how exercising could actually help you deal with the weather?

Although many of us are deterred from physical activity in the summer because of hot temperatures and fear of overexertion, there are many benefits of exercising in such an environment.

One of my favorite ways to get exercise year-round is through yoga for the peace of both mind and body that it brings. Its benefits include improved flexibility and muscle strength, among others. Hot yoga, practiced in a room heated to 100 degrees or more, is a variation of yoga that can be great to practice during the summer. When practiced, it can be both physically and mentally rewarding. Some additional benefits of hot yoga include:

Why do hot yoga during the summer?

You might be thinking, “Why would I do hot yoga during the summer when it’s so hot out?” It seems illogical to take part in something that’s just going to further elevate your body temperature in an environment that’s so warm already. In reality, though, exercising in the heat actually helps your body adapt to high temperatures, and thus perform at a higher level. After some hot yoga you’ll be ready to take on any hot summer day! It also helps to reduce injury, maintain the range of motion you may have gained during the fall and winter and minimize the amount of preparation time needed before taking part in other types of physical activity.

Have you ever tried hot yoga? What benefits have you reaped from exercising in warm environments?

Check out these blog posts if you enjoyed this one:

Start Your Weekend Off with Yoga in the Park

Five Yoga Poses for Cooling Down After a Run

Everything You Need to Know Before Your First Spin, Yoga or Barre Class