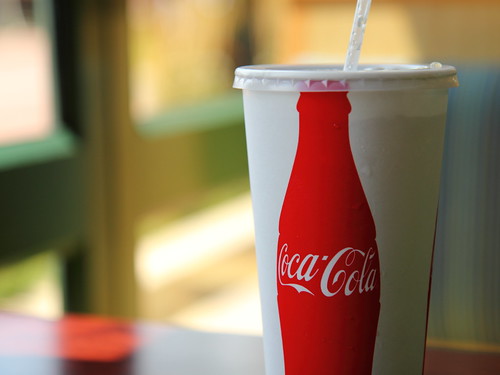 I will admit that a recent announcement shared on my favorite morning talk show this past Thursday sparked my attention, which isn’t always easy to do when I’m still half asleep!  If my memory serves me correctly, the  announcer stated that New York City plans to pass a ban on the sale of pop and all other sugary drinks that are sold in a bottle or a cup which is larger than 16 fluid ounces.   Supposedly all restaurants, delis, theaters, sporting arenas and even the simple street corner vendors will be restricted from selling any cup or bottle of the sweet stuff … which doesn’t bother me in the least since I never drink the “junk.”

My immediate reaction was:  “Why not just allow them to sell these beverages in containers that consist of 100 calories or less?  That way the lower calorie beverages can be sold in very large cups or bottles.”   But then I realized that if this was done for the sugary beverages, the container would be only an 8 oz. cup or bottle. That is half as large container as the proposed measure is calling for, which would NOT go over well with the majority of the individuals who consume this sugary stuff.    I understand it to be that the size of the 16 oz. proposed cup or bottle is about the size of a medium coffee.  Believe me, if they tried to sell these sugary drinks in an 8 oz. container – which is the suggested serving size according to the label – the container would be about the size of a yogurt cup. This would not be something that many people who enjoy drinking these sugary beverages would tolerate.

Let it be known that I did hear that this does NOT include beverages such as fruit juices, milkshakes or alcoholic beverages, which some people will be happy to learn.  Now if this measure goes through, it could actually take effect as soon as March of 2013, less than a year away from now.    Apparently this measure is the most ambitious effort  to date by the Bloomberg administration to do the one thing that I wish the entire country would strive to do more of:  COMBAT OBESITY.   At an interview at New York City Hall this past Wednesday, Mayor Michael Bloomberg said, “Obesity is a nationwide problem, and all over the United States, public health officials are wringing their hands saying, ‘Oh, this is terrible’. New York City is not about wringing your hands; it’s about doing something,” he said. “I think that’s what the public wants the mayor to do.”

Well I say: Kudos to you, Mayor Bloomberg!  You are correct … it IS about doing something, that’s what the public wants.  I love your initiative and for that, you have earned my total respect.  It was a few years ago when I was in New York City and noticed that there was actually calorie labeling on all menu boards.  (The calorie-labeling law was one in a series of aggressive and controversial, though popular, initiatives undertaken by Mayor Bloomberg  to post calorie counts on its menus and menu boards.)

It’s ironic that the very first item on a menu board that I noticed WAS a sugary beverage (strawberry lemonade, to be exact) that included the calorie content for each size cup.  Small: 190 Calories * Medium:  320 calories and Large:  590 calories.    It was so shocking that I just had to take a picture (and then I ordered a bottled water.)  But I was also extremely impressed that this measure had been taken, it makes those who try to avoid the facts to face them instead.   It obviously worked because it was reported about a year ago that this measure  has helped New Yorkers make lower calorie food choices.   Isn’t that a great step towards combatting obesity in the United States?   That’s a big YES in my book!

I’m sure that there are those who will not agree with this possible future ban of pop and sugary drink sales in the smaller sized containers, but these people really have to stop and think for a second.  It’s meant to help, NOT hinder those who are wishing to become a smaller sized container and their health may just benefit from it as well!  Let’s hope so.