Good Health On the Road: Is Fast Food Better Than Forgoing a Meal? 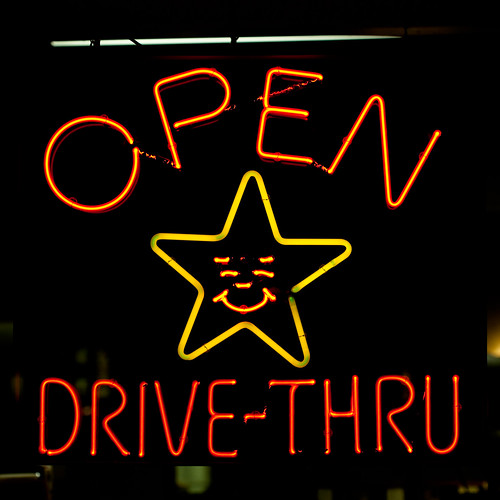 This guest post is from Leah Blinstrub, a registered dietitian and health coach with Blue Cross Blue Shield of Michigan who enjoys cooking, being outdoors with her dog Oscar and spending time with her 1 year-old son and husband.

My brother-in-law is a health conscious guy. He and his wife make an effort to eat healthy and get regular physical exercise. Mike often has nutrition questions and to be honest, his questions always seem easy but actually require some thought and usually an explanation. His job requires quite a bit of driving and he’s often on the road for most of the day. He wanted to know if it was better to eat a McDonald’s hamburger or go the work day without eating.

My knee jerk reaction was… go with the hamburger. I came to this conclusion based on the fact that 1. he eats fast food rarely; 2. skipping meals isn’t good for your metabolism; and 3. going without food generally leads to difficulty concentrating, crankiness and overeating at the next available meal.

The problem was, the question nagged me the whole trip home, so I decided to do some research and find out if my advice was right.

It’s possible to go months without eating and days without hydration, but does skipping a meal impact your metabolism and ultimately your weight? The common nutrition mantra in school was, it’s best to eat every 4 hours to keep your metabolism revved up. The human body burns calories 24 hours per day seven days per week. At the most basic level, your metabolism is a system of hormones and enzymes that assess and regulate energy needs for survival.  The rate at which different people use energy can vary based on factors including age, gender and lean body mass.

However, while shifting through research it appears that skipping one meal does not, in fact, impact your metabolism. Some schools of thought hold that when it comes to metabolism and weight loss, what matters most is the net amount of calories consumed during the day minus the net expenditure through both your basal metabolic rate (the number of calories your body burns at rest) and physical activity. So regardless of when you choose to consume your calories, the amount you consume is really what matters most. 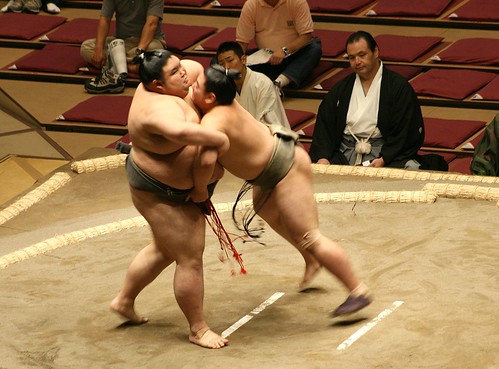 Skipping one meal isn’t going to make or break a healthy weight, but limiting intake to just two meals per day on a regular basis makes me think of sumo wrestlers. I’m fascinated by the concept of the “sumo wrestler diet.” A healthy Body Mass Index range is between 18 and 25. Japanese sumo wrestlers are known for their strength and extraordinary size — it’s rare to see a sumo wrestler with a BMI lower than 45.

Yet contrary to popular belief, the diet of a sumo wrestler is not based on excessive amounts of junk calories but a precise diet and schedule. Most sumo wrestlers eat just two meals per day and make a point of sleeping directly after eating to slow their metabolism and increase fat storage. The two meals are generally around 8,000 to 10,000 calories and take place around noon and 6 p.m. (Clearly an 8,000-calorie meal is not typical — or advisable — for most people, though I sometimes feel like I could eat that much when forced to go without eating for long stretches of time.)

So maybe skipping a meal on occasion isn’t going to throw your weight-loss plan totally out of balance, but several factors, in my opinion, still reinforce the case for at least three evenly spaced meals per day:

Adding Up the Drive-Thru

The bottom line is, eating one hamburger on the road every once in a while is not worth fretting over. However, if you’re someone who travels often and wrestles with this same question, try these tips:

How do you eat healthy on the road?