Ever Wonder What the Ghosts of Your Past, Present and Future Would Show You? 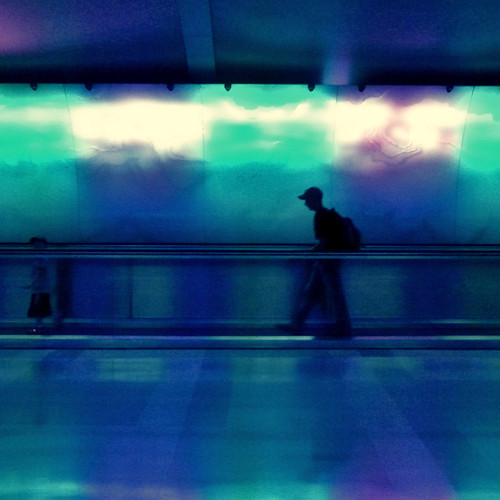 It’s not very often that you’ll find me watching a movie at home, not because I don’t enjoy them but more so because there is always something else that keeps me off the couch. The fact is, it’s difficult for me to sit for two straight hours. So when I found myself watching a romantic comedy with my youngest daughter the other day, I was very surprised. But then I realized that it must have something to do with the fact that one of my favorite actors, Matthew McConaughey, was included in the cast.

Many of you may have seen the movie, “Ghosts of Girlfriends Past.” It features a wedding day and the day before — rather like the familiar Christmas and Christmas Eve from “A Christmas Carol,” which includes the three ghosts and all. I enjoyed the movie and actually made it to the end, but as I turned the television set off, my daughter knew something was on my mind. Yes, I’ll admit that my wheels starting turning… and I instantly thought to myself: I wonder what my three ghosts would be like if I were to visit the ghost of my lifestyle past, present and future?

Glimpse of the Past

It doesn’t take much of an imagination to figure out what the “Ghost of Jodi’s Lifestyle Past” would do. The first ghost would allow me to revisit scenes from my childhood, starting around the age of 10, and peer onto the school playground as I listened to the unkind words spoken by a young boy that I had a crush on. The boy would let me know again that I was “too fat to talk to,” and I would see myself nodding in agreement. I’m sure the next scene would show me in the kitchen looking for some sort of comfort food as the tears ran down my face. Then we’d visit my grandfather’s kitchen as he held on to my hand and danced with me in his kitchen, all the time singing the familiar song “I don’t want her, you can have her, she’s too fat for me!” Again, I’d be seen reaching for food for comfort.  The years of obesity would be visited, the entire 25 years. I’d view a 300 pound mother of three as she desperately tried to lose weight, attempting diet after diet but never succeeding at any of them.

I would be taken to Shirley’s funeral, where the ghost would gently remind me why I made the decision I did to change my lifestyle. The first ghost would allow me to revisit Jan. 22, 2001, the day when I knew I was going to change my life and become the person I had always longed to be! I’d see myself taking a 1.5-mile walk outdoors every single day, which would include a little bit of an attitude. Oh, I know you’d see it on my face — one that says, “I’m doing this!” The ghost would surely take me on a quick trip to my kitchen to view all the healthy foods that had taken place of the unhealthy items that used to bring me comfort.

The best part would be peering into the window in May 2002, as I stared at the scale and realized that I had lost all the weight I had wanted to lose: 162 total pounds! I’m sure the ghost and I would both cry a tear or two. It would be very emotional — a time I wouldn’t mind revisiting, maybe even more than once.

The second “Ghost of Jodi’s Lifestyle Present” would be a little bored, I suppose, only because this ghost would know I already visited a couple of the same places with the first ghost: the 1.5-mile daily walk and the healthy foods in the kitchen. Yep, been there done that. But visiting my present would also include the numerous health fairs and fitness expos that I’m lucky enough to participate in, and it would let me see myself giving presentations to groups of all sizes regarding the benefits of walking and living a healthy lifestyle. Hey, maybe I could even share some health tips with the ghost!

What the Future Brings

The third “Ghost of Jodi’s Lifestyle Future” would take me forward in time to see that I am still doing my part to lead Michigan to a healthier future! I am continuously focused on living a healthy lifestyle, walking every day and eating healthy food. There are some new foods, a few varieties of fruits and vegetables that I’ve been hesitant to eat in the past. Oh, and I foresee a few 5K races in my future too… and it looks as though you are there with me, too. Is it true?

Please say that it is. I’d also like to know where your “Ghosts of Lifestyle past, present, and future” would take you… I hope it would be an adventure that you’re willing to go on. Where has your health journey taken you and where would you like to end up? Share your thoughts below.