Tips for How You, Too Can Take Your First Steps Toward Weight Loss 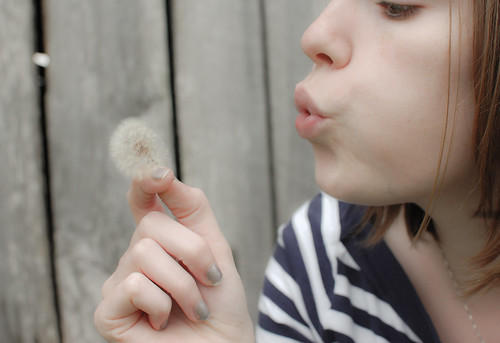 “What advice can you share about how you stayed motivated while losing your weight, especially knowing that it took you over a year to lose it?”

This is one of the frequently asked questions by people who have struggled to lose weight and are searching for some helpful suggestions. Many have given up on losing weight — often including those wishing to lose more than 100 pounds — due to the fact that the diets they’ve attempted are just too restrictive. They can handle the diet for a month or maybe two, but for a year or more?No way! They wonder what I did to stay on track and how I managed to never give up. Here’s what I tell them:

First of all, I did NOT diet. I didn’t even think of that word while I was losing weight. A change in my lifestyle was what I focused on. Ending old, unhealthy eating habits and creating new, healthy habits was my daily goal. I made it fun and never thought “poor me”… I just did it! No looking back at the past, only focusing on the future.

Since I knew I needed to exercise I selected one that was simple, free and that I could do any time of day, anywhere I wanted  with anyone I wanted — walking. I didn’t walk too far each day because I knew I would end up finding a reason not to. So I kept it simple, walking only 1.5 miles or 22 minutes per day.

I stayed motivated because I was scared. I was scared because I didn’t want to die early from weight-related issues and leave my children without a mother. This was the biggest motivation and helped me whenever I encountered those weak moments and realized that I had to stay focused on my healthy habits. No, it’s not a pleasant subject but I had already lost my husband’s cousin (who was in her early 40’s) because of heart-related issues caused by her obesity, and I didn’t want to be next.

As the months went by and the weight was dropping off, I found other things or thoughts to keep me motivated, too. I would remind myself that I was tired of always starting to achieve a goal, but never reaching it. How many more times was I going to start? If I stopped, that meant I would have to start yet again. I had tried to lose weight for 25 years, probably starting a new diet every third Monday or so. Just think of how many times I did this — hundreds! I was done with those Mondays!

Photographs also kept me motivated. My oldest daughter took photos of me holding a sign with the words “BEFORE — JANUARY 22, 2001.” She took two photos, a front and rear view, and put them in a place where I would often see them. I also used other photos that were taken of me the previous summer, which helped remind me that I didn’t want to look like that any longer and that I was going to do my best to become the healthy person I had always longed to be.

Clothes were great for keeping me motivated. I kept my largest pair of jeans — size 24 — in the closet, and on occasion I would lay them on the bed just to look at them. The emotions would come pouring back as I looked at those jeans. All the sadness, depression and lack of self-esteem would enter my mind all at the same time. Those jeans were a symbol of what I was and what I was not going to be again! I’ll admit that those jeans made me cry, but while I was losing weight and purchasing new jeans — much smaller jeans — I would compare them to my old size-24 jeans. Motivating? Most definitely!

My children were also great at motivating me. As I said earlier, I didn’t want to leave them without a mother, especially in the early years of their lives. They also admitted, when they were very young, that they were embarrassed of me “because I was the biggest mommy” — but reassured me that they still loved me. I knew that, but it still bothered me and motivated me too. My size was affecting my children in many ways. It wasn’t fair to them.

Last but not least, I had finally learned how to believe in myself and stopped calling myself a failure like I had done for the past 25 years. I was a success! There was no concern about how long it would take me to lose all my extra pounds, I just knew it would happen — in time. And it did!

Now it’s your turn, and you have all the time in the world.

What will you use to be motivated?