Let’s Work Together to Prevent Diabetes 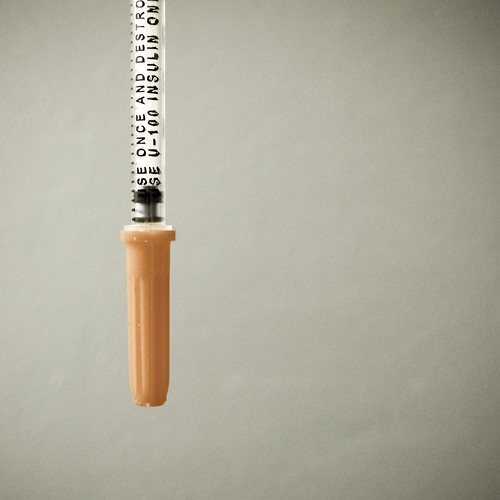 Today is World Diabetes Day, a day which is celebrated by more than 170 countries and territories. It’s meant to promote diabetes advocacy and awareness all around the world and will include activities such as rides, walks, diabetes screenings, sporting events, television programs, informative meetings, press conferences, informational publications, workshops and even a few flash mobs. Several monuments and buildings will also be illuminated with the logo for the World Diabetes Day — a blue circle.

Each year a theme is set for World Diabetes Day — this year the theme is diabetes education and prevention. I can’t stress to you enough how important it is to me to help you and those you love to prevent diabetes! Were you aware that diabetes affects more than 350 million people around the world? And things could get much worse: A report issued today by the International Diabetes Federation said that number could grow to 552 million — or one in 10 adults — by 2050. Those numbers can be reduced if we each take the time and effort to learn more about this chronic disease.

There was a time when I did not understand exactly what diabetes was. The first time I was taught about the risks of diabetes was during my first pregnancy. My doctor informed me that because I was morbidly obese and had a higher BMI than average, I was more likely to have high blood pressure and develop diabetes during my pregnancy. What really scared me was when I was told that I was more likely to have problems during childbirth and my baby could possibly have serious health problems. I began to worry about not only myself, but the baby growing inside of me too. That was the day when I realized that I needed to learn more about diabetes.

I did some basic research and learned that diabetes occurs when the pancreas does not produce enough insulin. It can also arise when the body cannot effectively use the insulin it produces, which leads to an increased concentration of glucose (sugar) in the blood, a condition known as hyperglycemia, or high blood sugar.

There are basically three types of diabetes.  I was already aware of gestational diabetes, which can be first recognized during pregnancy, but I didn’t know much about the other two.

Type 1 diabetes, also called insulin-dependent diabetes, is characterized by a lack of insulin production. Without exercise and medication, diabetes can damage the eyes (often causing complete blindness), heart, kidneys and the circulatory system. Poor circulation can lead to devastating amputations or loss of limbs. On average, people with diabetes lose 12 to 14 years of their lives!

Type 2 diabetes, also called non-insulin-dependent diabetes, is caused by the body’s ineffective use of insulin. It often results from excess body weight and physical inactivity. So basically this is the type of diabetes that can be prevented by losing weight and becoming physically active. I totally understand that… now to convince the population to do it!

And that is my mission along with my good friend, Jon Stanton. Why do I know that Jon feels just as strongly about this mission as I do? During the month of August in 2007, Jon visited his doctor; it was a visit that changed Jon’s life forever. At that time, he weighed 430 pounds and was informed he had high blood pressure, high cholesterol, early-stage congestive heart failure and Type 2 diabetes.

Jon changed his lifestyle.  He began consuming healthy foods (omitting high fat, high-calorie and sugary items) and became physically active, which included daily walking (yay!). He lost 230 pounds and is diabetes free! Jon was later asked to be the Ambassador of the American Diabetes Association, a title he holds proudly. Jon proved to himself and to everyone that Type 2 diabetes can be prevented!

I want everyone to know that it’s been proven that just 30 minutes a day of moderate physical activity — such as walking — coupled with a 5 to 10 percent reduction in body weight can produce a 58 percent reduction in diabetes. I like those numbers and I know that they are doable when the effort is put forth!  Now I ask: Are you ready to try?

If you have any questions about diabetes or would like to be included in a conversation in order to find out more about this chronic disease, please visit Dietitians Online. I know we can each do our part to prevent diabetes … one “step” at a time!

Photo by Jill A. Brown