Putting Off Your Goals Until Tomorrow is Energy Wasted Today 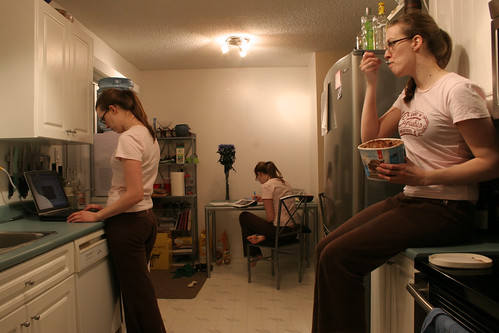 Do you have an annoying habit of putting things off, especially those things that you wish could be taken care of right away?

I’ll admit that I’ve been known to do this quite a few times in my life and I have often asked myself why. It’s crazy how I seem to find valid reasons — a.k.a. excuses — to put things off for just one more day, which often leads to weeks, months or even years.

Some of us have valid reasons for putting things off. For instance, getting things accomplished outdoors when the weather is not cooperating. Obviously you won’t be mowing your grass or landscaping the yard when it’s pouring rain outside. And it’s close to impossible to replace the roof, construct a new deck, or even simply wash your car when the temperatures are below freezing during the winter months. The things that you want to accomplish but can’t be due to conditions beyond your control are totally understandable.

But what I don’t understand is why many of us put things off when we know we have the ability to do these things now.

I have been guilty of doing this especially when it comes to painting one of the rooms in our home. We’ll make a decision on the color, purchase the paint and all the necessary supplies, but then the paint can just sits there.

I know it’s there and that it won’t take much to paint the room, but I put it off each day assuming that tomorrow I can take on the job. It’s not that the length of time performing this task is much of an issue, since I know there are several weekends when it’s a perfect time for me to paint. I recognize that once I begin a task, I realize that it’s not that difficult and wish that I would have started sooner.

Then I ask myself, “Why did I ever put it off in the first place?” My answer is always the same: “I really don’t know.”

And I truly don’t know. Once I get going on any undertaking like this I find that it wasn’t that much work, it needed to be done anyways, and I especially like the end results! It doesn’t really make sense that I put things off like this; it’s easier to simply do it right away instead of wasting so much energy thinking about it.

Hmmm… that surely brings up another issue entirely when I think of those words: wasting so much energy thinking about it.

Then I realized that I had gone through over 9,000 tomorrows. I had to make the decision to get up and get going, which is exactly what I did in January 2001.

Why am I recounting this? Because I want the same for you.

Don’t debate, question, deliberate or ponder this decision — you’ve done that long enough. It’s time to start exercising every day. Briskly walking for 22 minutes per day is a perfect way to start. Once you begin walking daily, you will realize it’s not that bad and most likely will love it as much as I do. You may even ask yourself the same question I did: “Why did I ever put it off in the first place?”

Believe me, after my weight started dropping off once I began walking 22 minutes (1.5 miles) every day, I wondered why I didn’t start sooner.

I waited 25 years to start — 25 years that I cannot bring back or redo. Those years are long gone, but I had the future to focus on. In January 2001, I got up and got going — I stopped putting it off and got on my way to a 162-pound weight loss. Just like fresh paint on walls, I love the way the end results look.

So tell me… is it time to for you to “paint,” too? I’m here to help keep you motivated, remember that!