What’s Your Turning Point? Getting the Healthy Lifestyle You Wish For 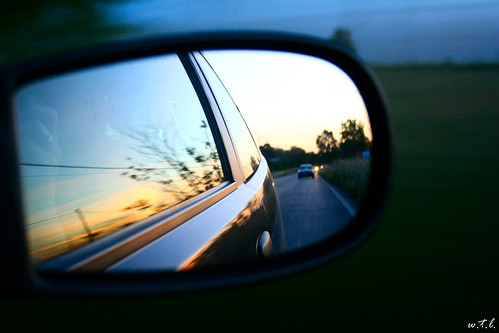 When I was morbidly obese, I would not even consider going to fitness centers or getting a gym membership. I felt I was too large to be seen in spandex and those memberships were unaffordable for me. The Summer of 2000 was a low point for me. I was ready to accept what my grandfather said: Jodi will always be fat.

But there is that turning point — you can’t predict it, and you really can’t force it to happen, it just does.

My turning point arrived in November 2000. Do I wish it would have occurred sooner? Yes, of course -without a doubt.  I wish that the turning point would have arrived when I was only ten years old, the time when I noticed that I was one of the largest students in our school.  I wish it would’ve happened when I was 16, the age when I felt like the mammoth girl in high school.  And I really wish the turning point would have occurred when my daughter was teased because she had the fattest mommy. But those events weren’t enough, they just made me more depressed. Each was not a turning point, but accumulating situations that were added to my never-ending list of reasons to lose weight. This list of mine was compiled for 25 years.

And then it happened, when I least expected it: My own turning point.

Basically every successful weight-loss story has one, and mine hit me like a ton of bricks.  What amazes me is that my turning point was focused on the health aspect of being obese, NOT the appearance or emotional side effects of obesity. For 25 years that’s all I focused on—my looks and disliking my appearance. I always shrugged off the fact that obesity can kill you… until that special day when everything changed for me.

I saw my husband’s cousin in her casket with her teenage son crying over her. As I watched him mourn the loss of his mother who would never see him graduate, get married, or hold his first child, well, let’s just say reality set in.

I was actually more overweight than she was at the time of her death, and only a few years younger. The news that she passed away from heart-related issues caused by her excessive weight really scared me. I have three children and they are my world. At that moment, I realized I had been selfish. I was ashamed that I cared more about the taste of food than I did about my health— food was more important to me than taking care of my body. I had allowed myself to become morbidly obese even though I had three children who depended on me to be there for them.

After years of not knowing where to begin taking control of my weight, I finally knew exactly what I needed to change.

The first thing I did was choose to believe in myself. I didn’t just tell myself I could get healthy, but I truly believed it. The second step was to swear off dieting: NO more diets. Instead, I focused on eating HEALTHY foods and keeping my portions under control. And most importantly, I began moving my body by walking every day, not allowing any excuses to stop me.

Now I am asking you: “When do YOU begin?”  How does today sound?  Let this be YOUR turning point!