Do Your Struggles With Weight Make You a Food Addict? 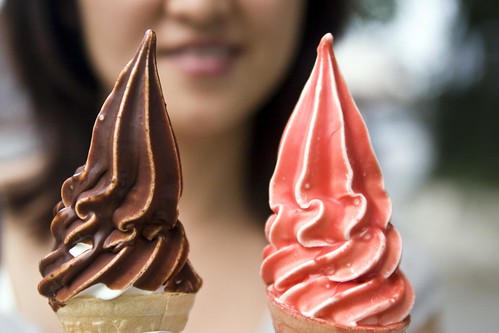 People addicted to food, or food addicts, are said to show signs of the same symptoms as those addicted to drugs and alcohol. This includes an obsession or preoccupation with food, binge eating and a lack of control. Food addicts are often criticized about their inability to stop overeating.

Growing up as the fat kid of the family, I suppose most people assumed I was a food addict. Sure, I liked to eat then and I still do today, even since I lost 162 pounds of my excess weight. But I’m still trying to figure out if I am what the experts consider someone who has an addiction to food. I did do my share of yo-yo dieting, which led me to become morbidly obese. And for twenty-five years, I used food as a coping mechanism. So does that make me a food addict?

I found it surprising to learn that not all food addicts are obese, and not everyone who overeats is a food addict. The study showed that the saw the same brain activation patterns in thin participants as the obese ones, and that body mass index (BMI) is NOT a good indicator about whether you’re out of control with eating.

Experts say there’s a lot of stigma surrounding food addiction, including the perception that it’s just an excuse for overeating and avoiding personal responsibility. In reality, food addicts are driven to eat. Part of their brain responds to anticipation of a reward – some people can resist it and others cannot.

Although it may seem that an addiction to heroin, cocaine or alcohol is more dangerous, experts say an addition to food is just as serious. Obesity is associated with a number of serious health problems as well as soaring health care costs.

If I ever was what experts might consider a food addict, I can definitely say that I’m now in control of my addiction. I like to eat – obviously I must eat in order to survive – but I enjoy consuming healthy foods, the unhealthy stuff doesn’t do anything for me like it did when I was severely overweight. I suppose I did use food as a coping mechanism for all my inner pain and low self esteem fueled by my obesity.

But those negative feelings are gone and I can thank my daily walking regimen for that! I feel good about ME now and honestly: I am truly addicted to feeling healthy!

It took time, effort, and faith but I did it… and so can you!